Use one of the services below to sign in to PBS:

You've just tried to add this video to My List. But first, we need you to sign in to PBS using one of the services below.

You've just tried to add this show to My List. But first, we need you to sign in to PBS using one of the services below.

Get extended access to 1600+ episodes, binge watch your favorite shows, and stream anytime - online or in the PBS app.

You may have an unactivated AZPM Passport member benefit. Check to see.

Return to the Wild 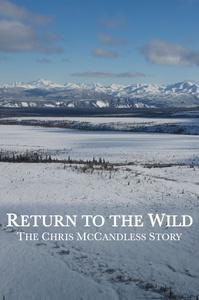 Return to the Wild

A fresh look at the enigmatic story of a young American hiker named Chris McCandless, who was found dead in an abandoned bus in the Alaskan wilderness and became the subject of the best-selling Jon Krakauer book and Sean Penn-directed movie Into the Wild. Chris McCandless' own letters, released for the first time, as well as new and surprising interviews probe the mystery that still lies at the

Get a Closer Look with Photos